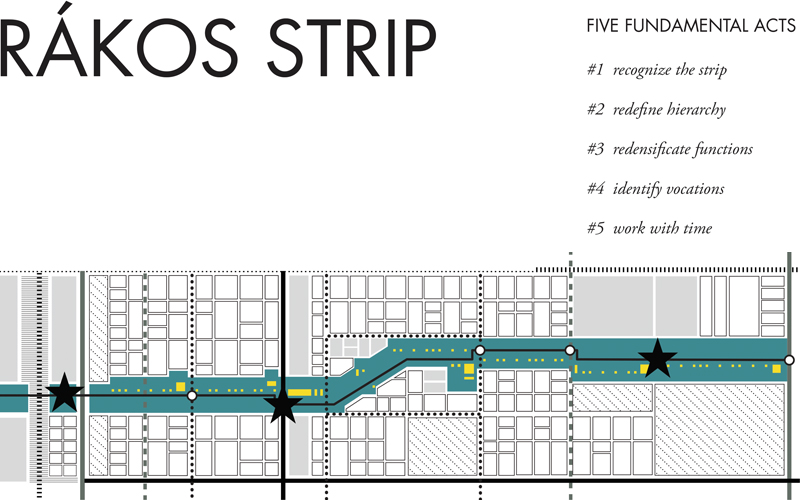 redevelopment of the areas along the creek | Europan 12 | Budapest, Hungary | 2013

Tune up, Zuglò! is a project for the re-tuning of the district within the urban structure, preparing it for future scenarios now not exactly predictable, redefining its central role as a connector between the parts and making it a fertile territory for urban experimentation.
At the local scale the purposed vision is to transform the Rakos Creek and its underused and indefinite adjacent spaces in the Rakos Strip, an active and vital space. The strip is a contemporary infrastructure, with its own overall identity, that interacts and adapts to the reality it intersects and with whom it establishes new relationships, able of regenerating a common identity.
Through a series of interventions, some systemic/strategic, others site-specific, it will be possible to take advantage of the current moment of market’s stasis and of the planning indeterminacy, in order to testing modalities, languages and spatial alternatives, reach an urban development more aware, ecological, economic and sustainable. 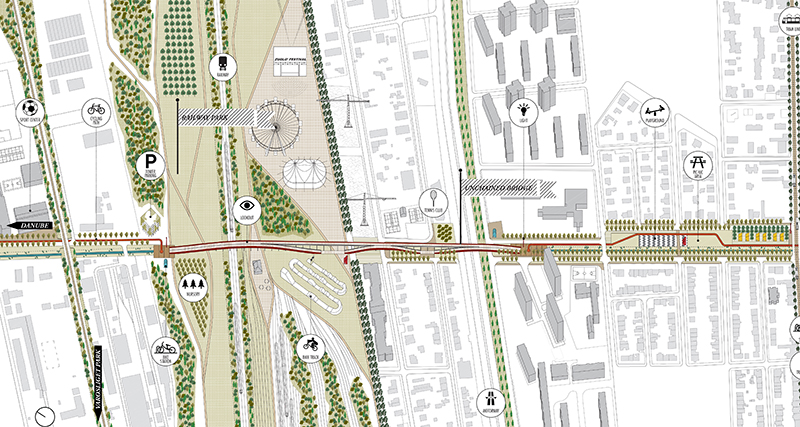 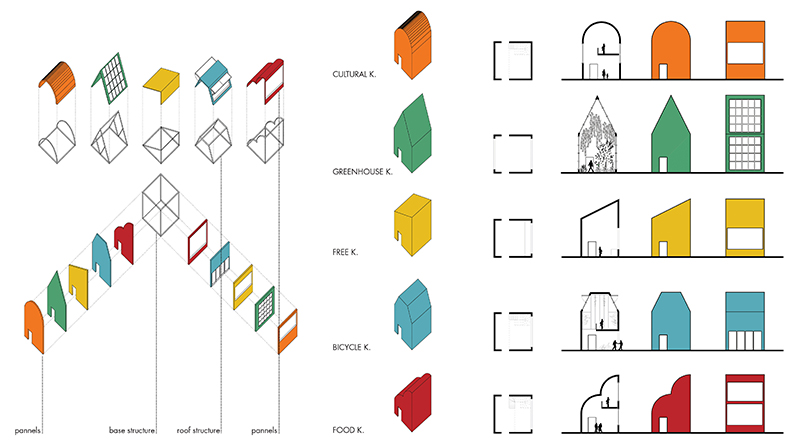 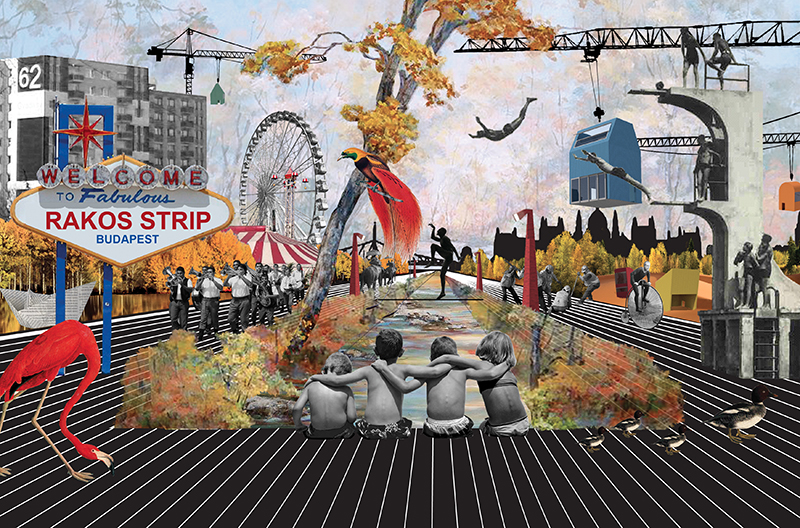