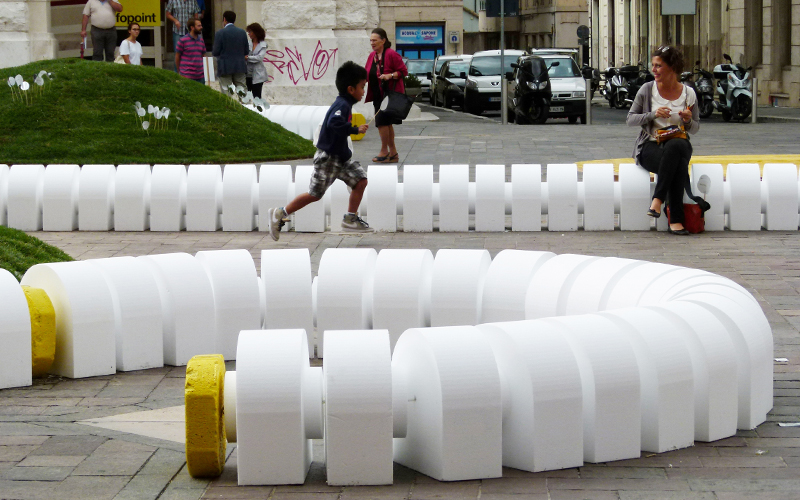 Thyrus is the temporary installation purposed in occasion of FestArchLab 2013, an architecture festival with theme “Architecture: between real and virtual”. Thyrus is meant to answer to the needs of setting up the main square of the city, Piazza della Repubblica, to host a series of lectures and creating a place to stay and rest.

The area of ​​intervention is a strongly characterized place, well rooted and inserted in the urban imagination; but, despite being the central square of the city, it is a place that is commonly perceived as passing through. The challenge is to break this consolidated imagination, and therefore the normal use of the square, and to make the space a place to stay. This is possible by working on the distortion of the meaning of space, through the insertion of unusual elements that allow a change of point of view and the way the space is used.

Thyrus was born following a local legend. Thyrus is the dragon represented in the coat of arms of the city of Terni that, according to the legend, spreading terror, forced all the inhabitants to live closed up in their homes. Until one day, a brave young man decides to face the dragon. After a long battle, when the young man was about to be defeated, a ray of sun hit his shiny armor: the dragon falters frightened from the reflection of his own image and is therefore defeated.

Today Thyrus is a long continuous seat that makes its way in the square between fixed artificial (a circular podium) and natural (two soft green hills) elements, placed in relation to the texture of the pavement, making Piazza della Repubblica unexpected and surprising. In the new temporary landscape, the long mobile seat, which can take different configurations according to needs, is the dragon to be tamed. Thyrus becomes the symbol of the possibility for citizens to reclaim and live freely in the public space. 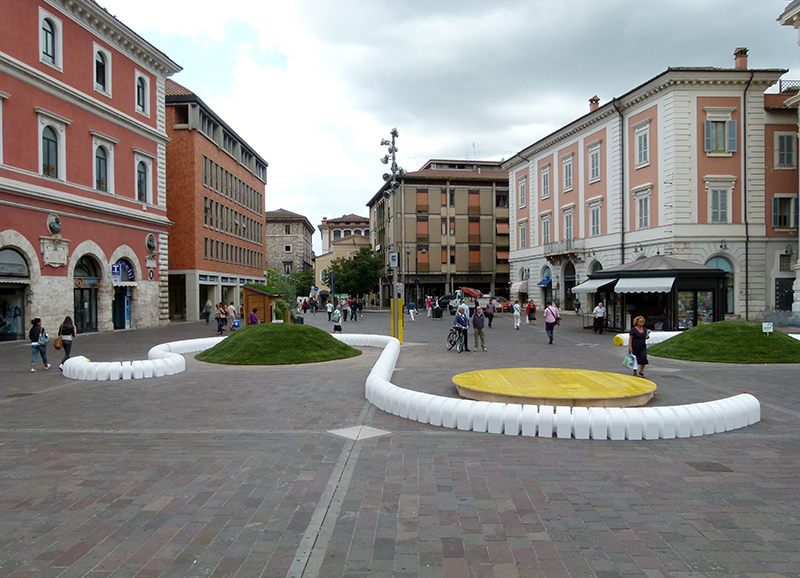 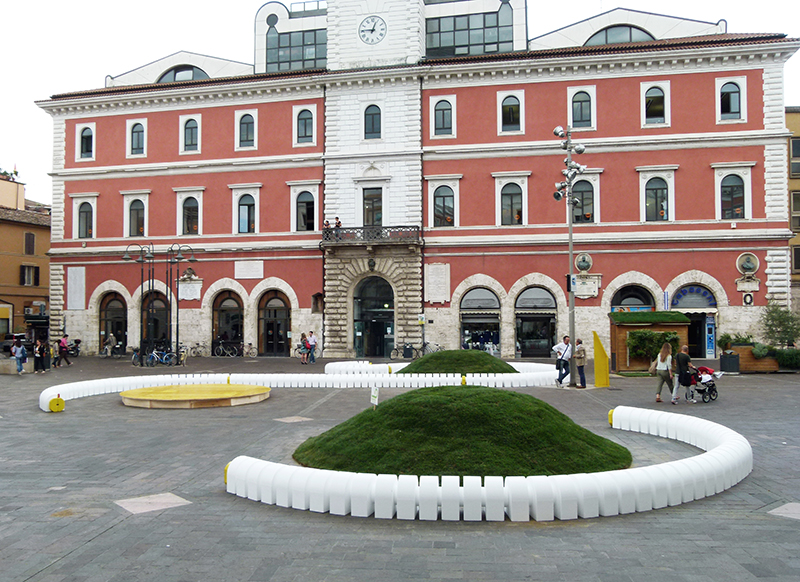 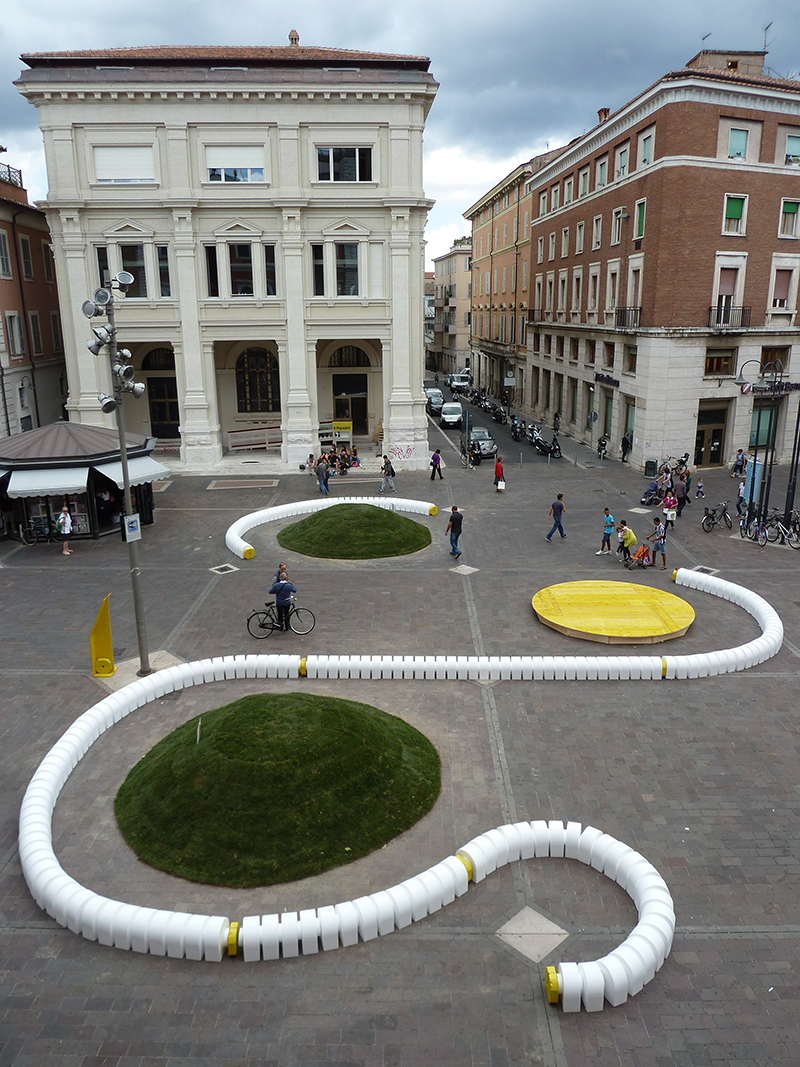 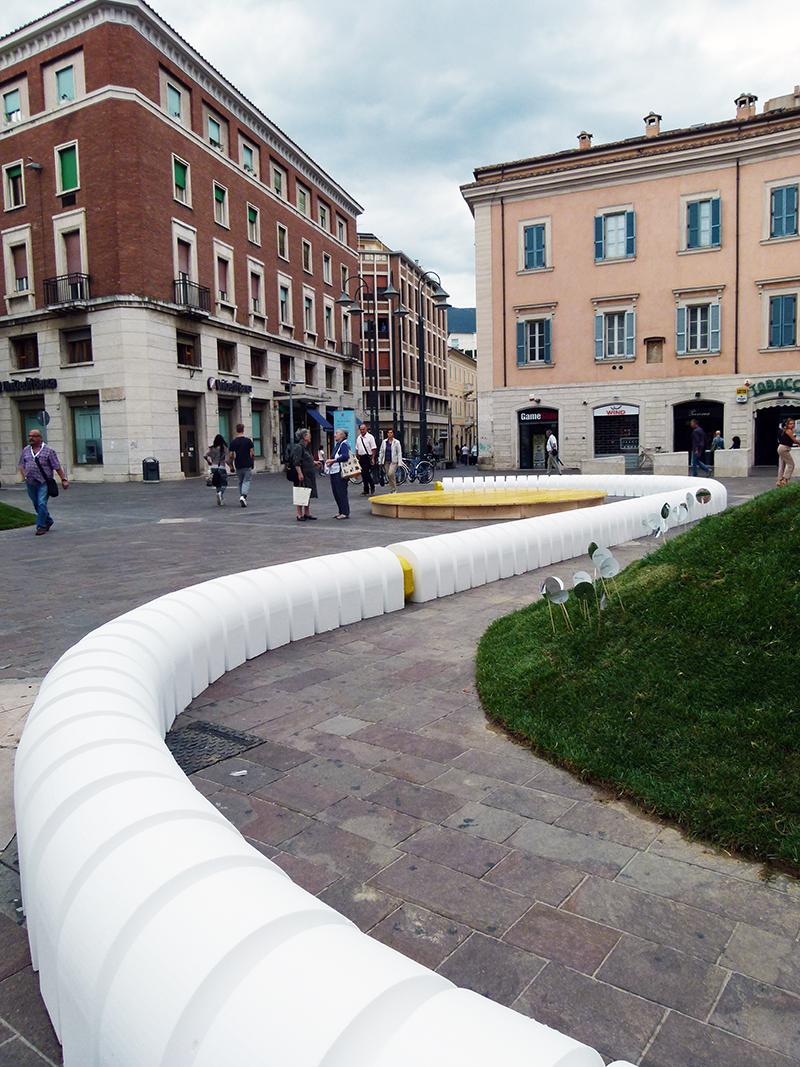 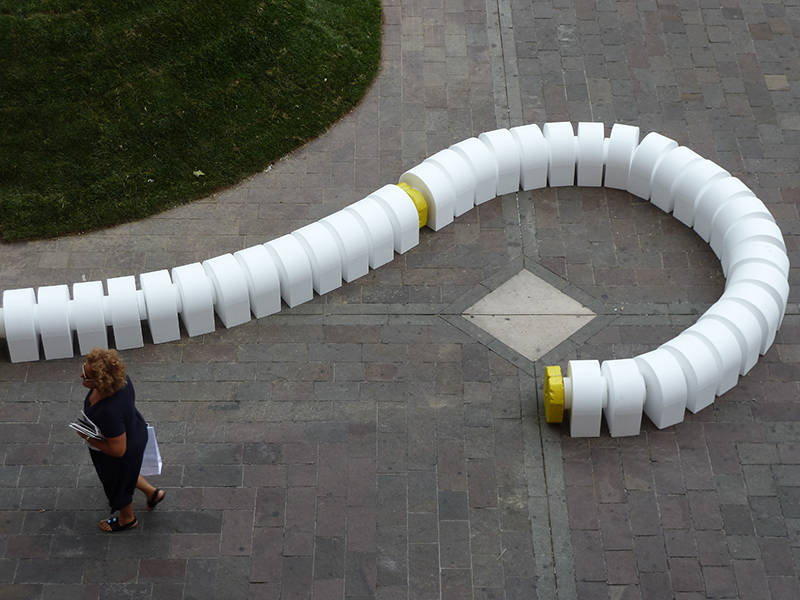 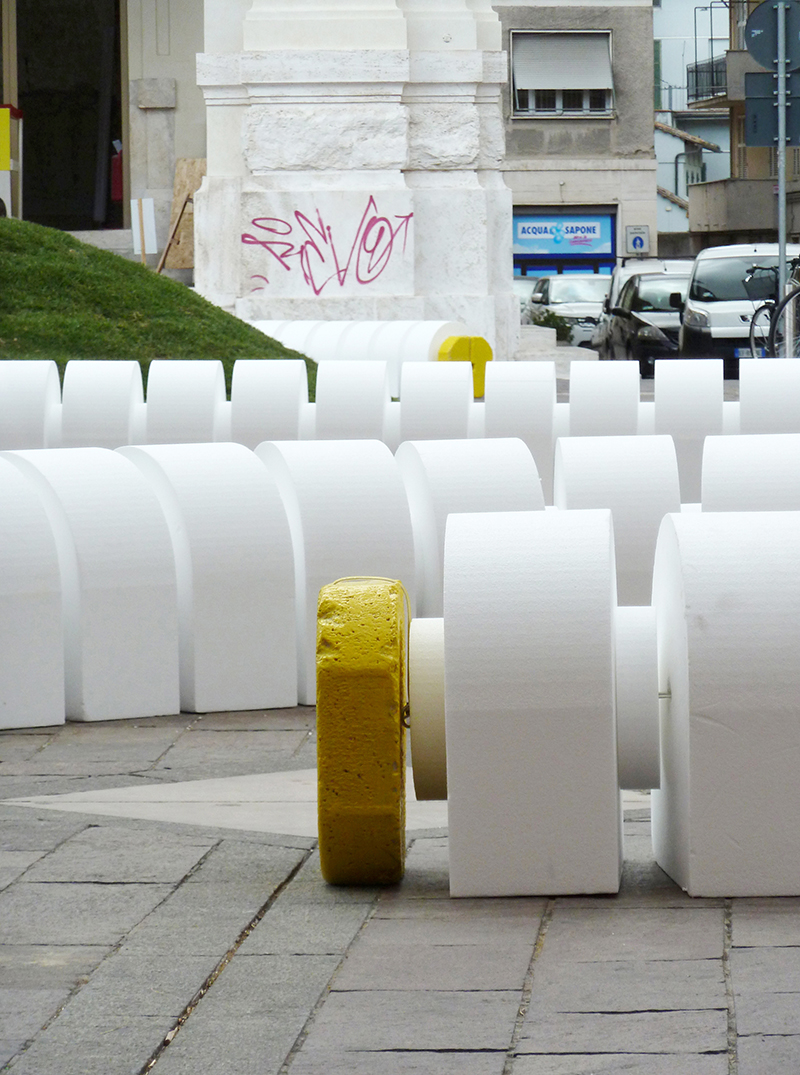 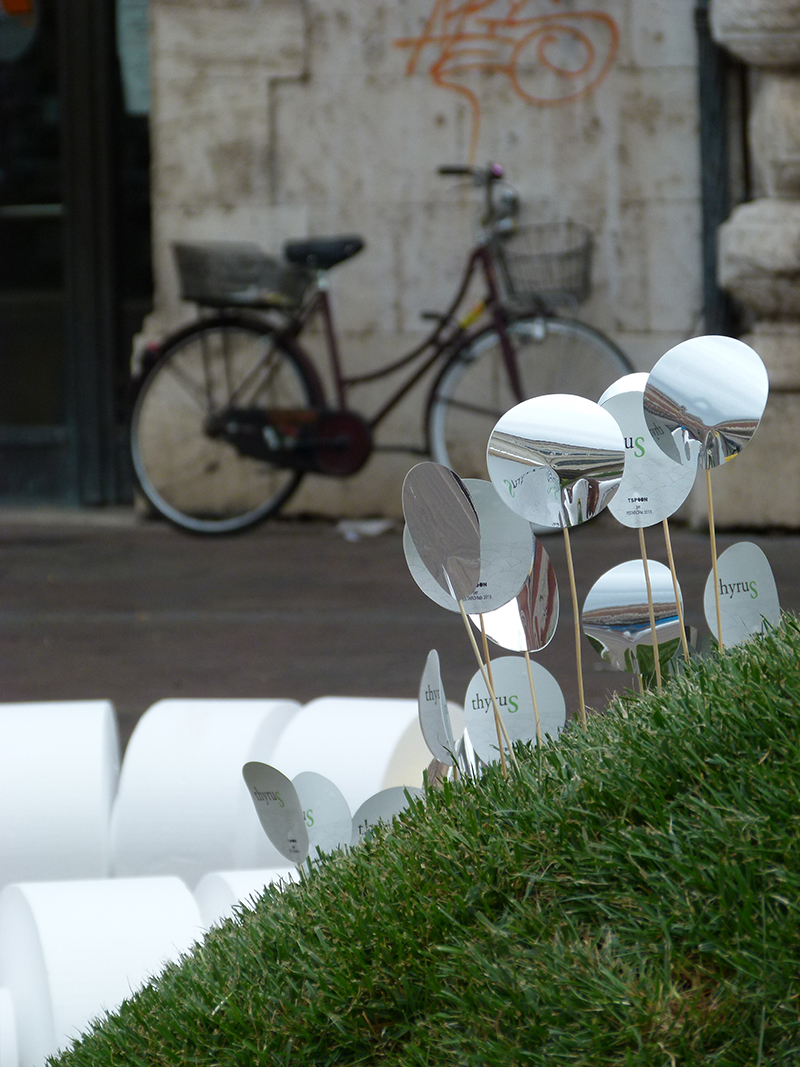 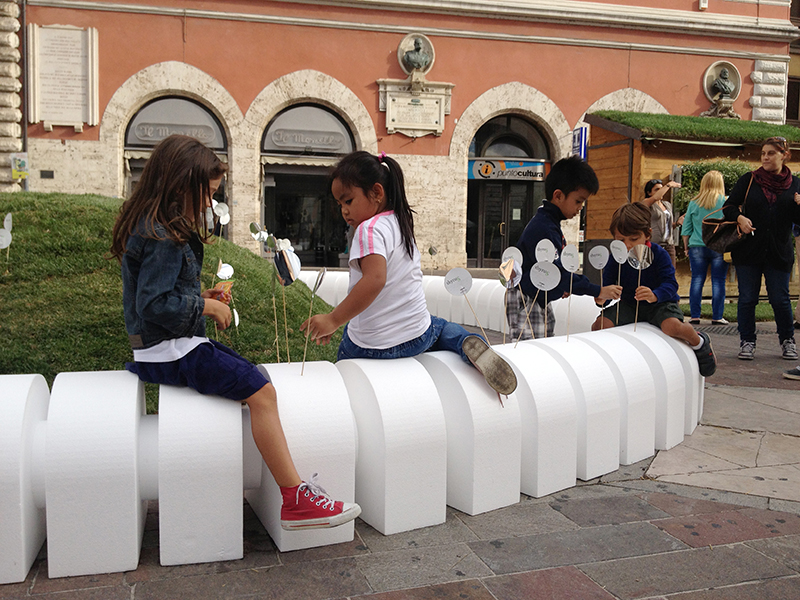 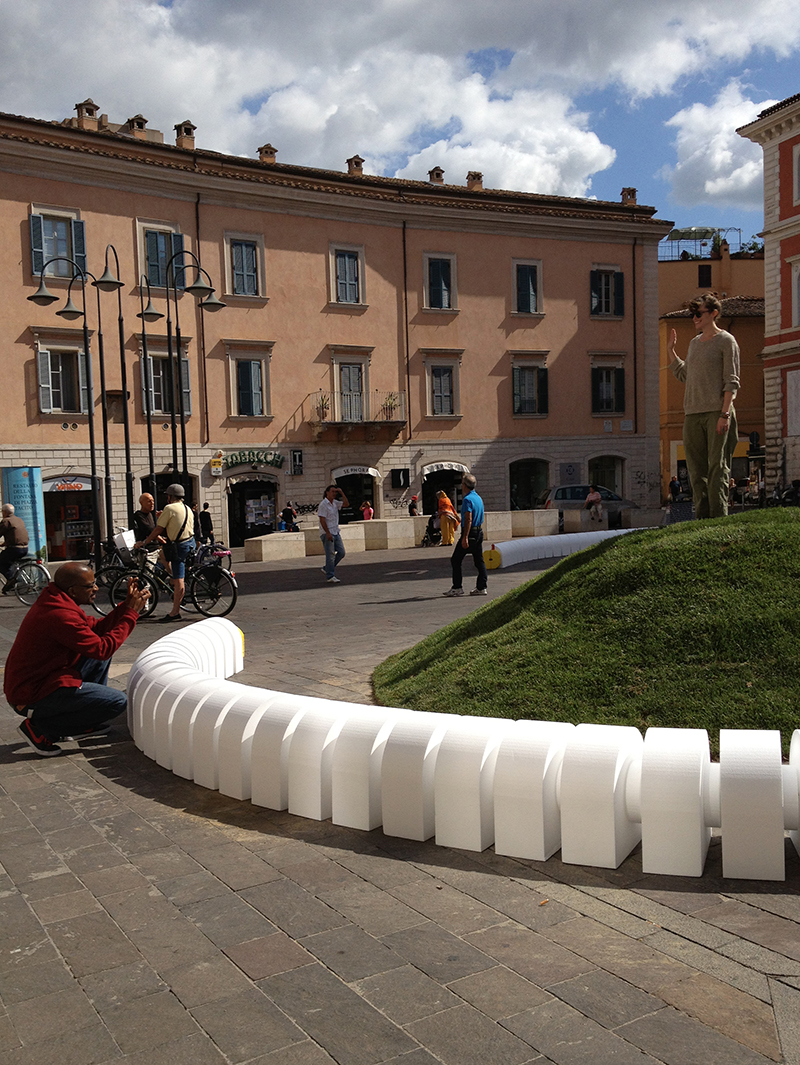 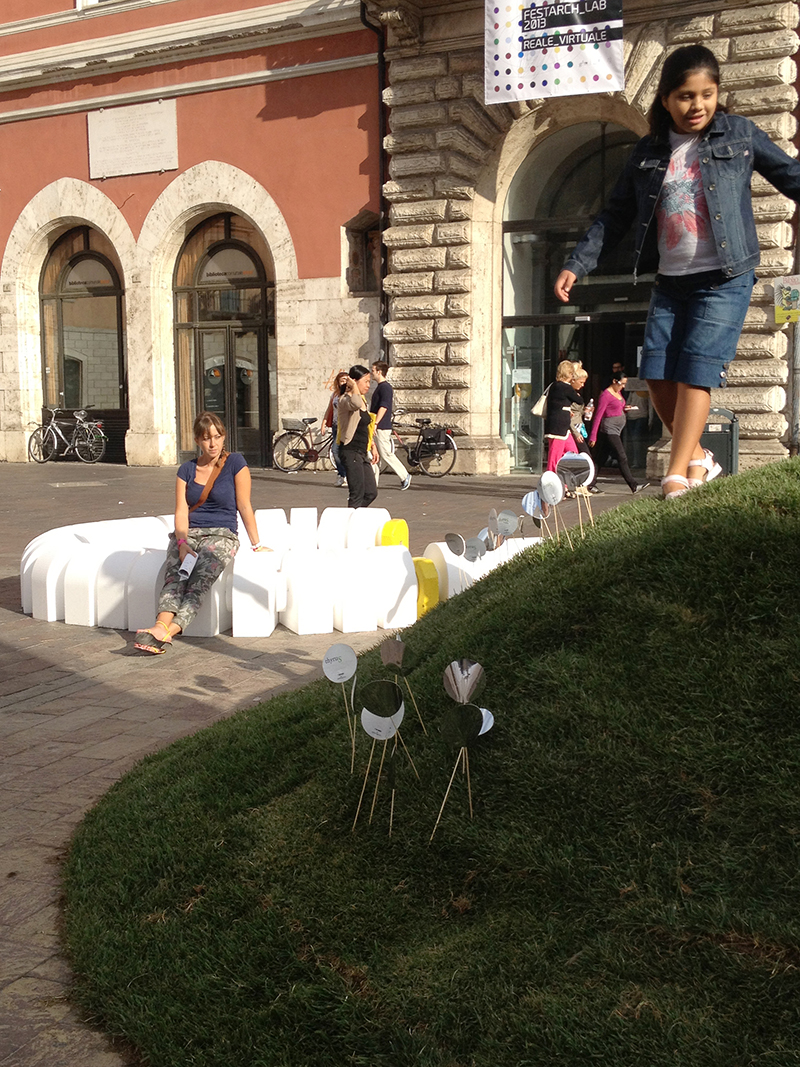