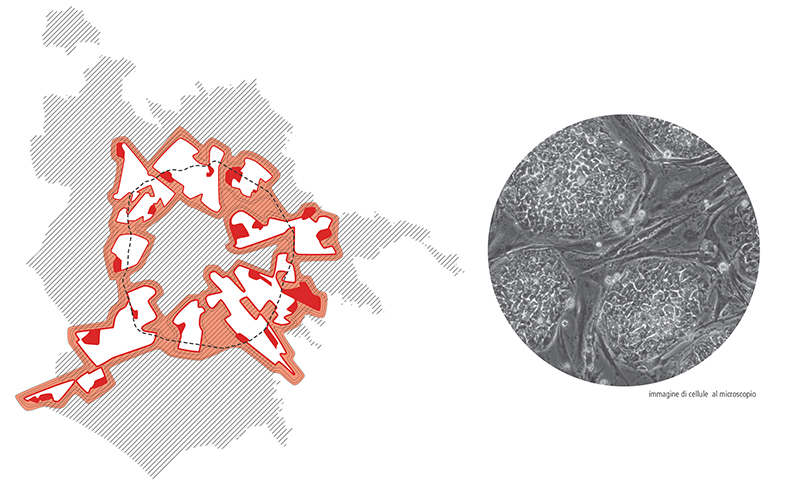 development strategy for the capital of biodiversity | Roma | 2012

Arcipelago Verde is a strategic project aimed at developing a landscape and environmental vision for a sustainable development of the Municipality of Rome. Starting from the enormous environmental heritage of the municipal territory: the Agro Romano, the historical parks, the natural reserves, the rural areas and the green public spaces, the new vision developed has as principal objective the transition from a protection attitude to the reactivation of the territory.

The proposed strategy is based on a contemporary enhancement and promotion of existing parks, on the definition of new large urban parks located on the outskirts of the city as a cure and revival of the centralities and on the redefinition of open spaces, all of which are concentrated along the ring of the Raccordo Annulare.

The Arcipelago Verde theme develops from the vision of the new urban centralities and the established city parks as green atolls, that already exist or are in process of being defined, that need to get back on top in the life of the city and be networked one to each other, aimed to the recomposition of the overall environmental mosaic of 129,000 hectares of green area that belongs to the municipal territory. 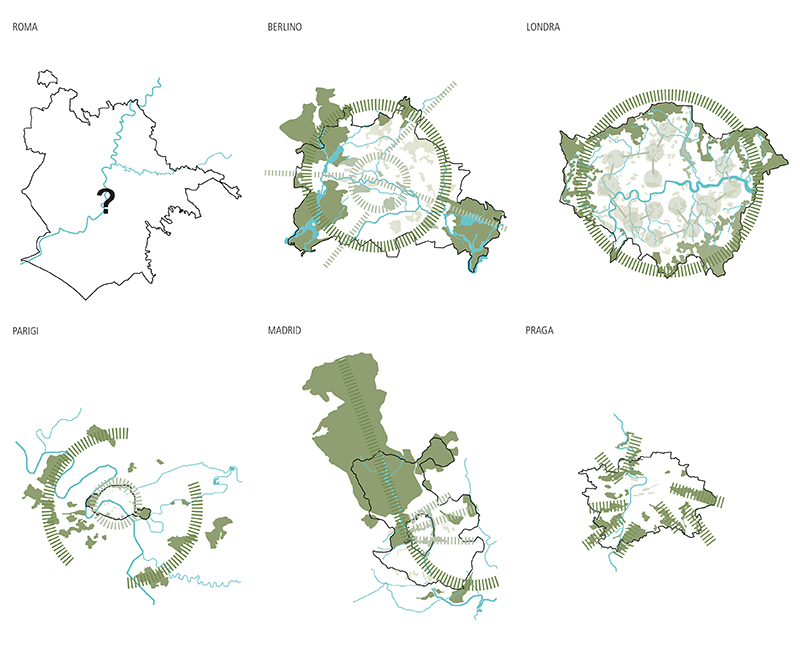 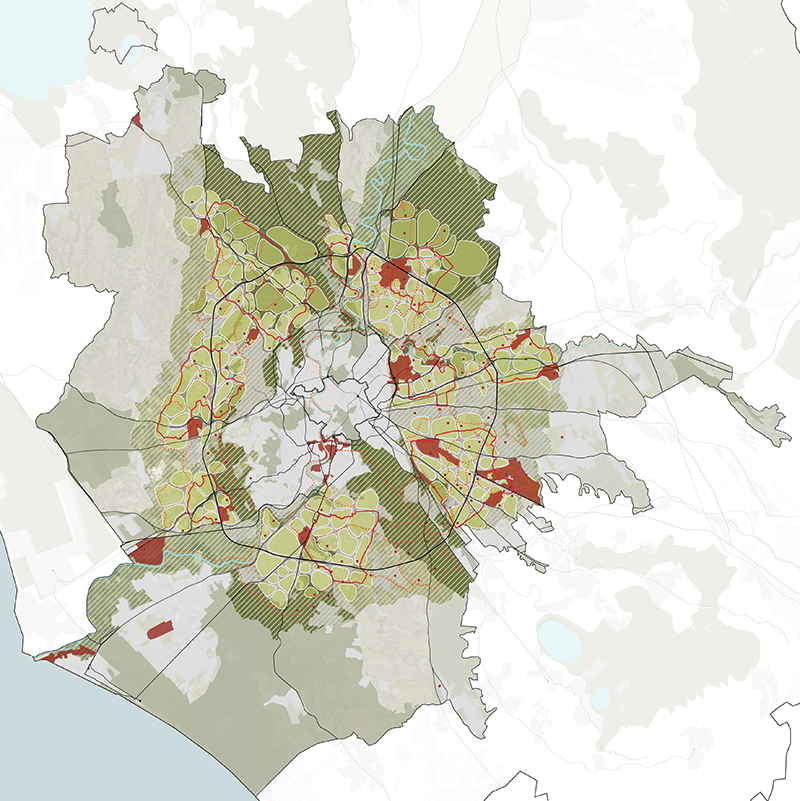 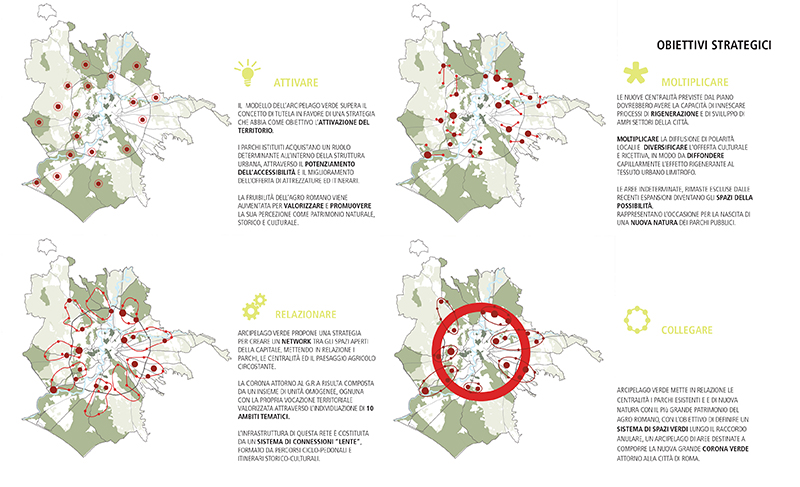 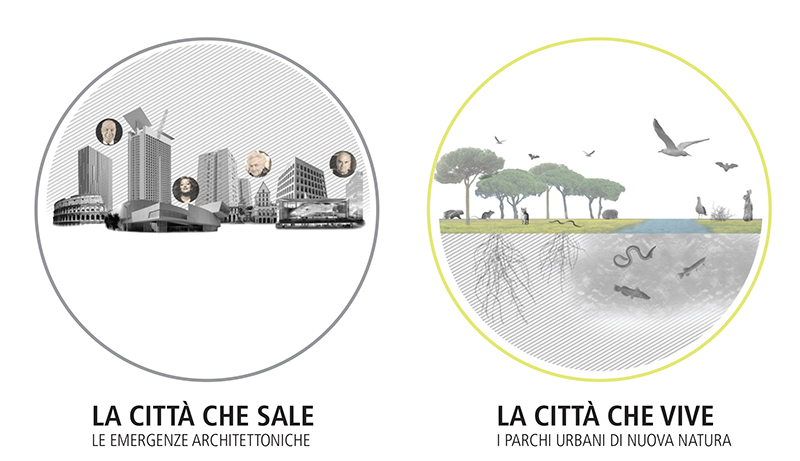 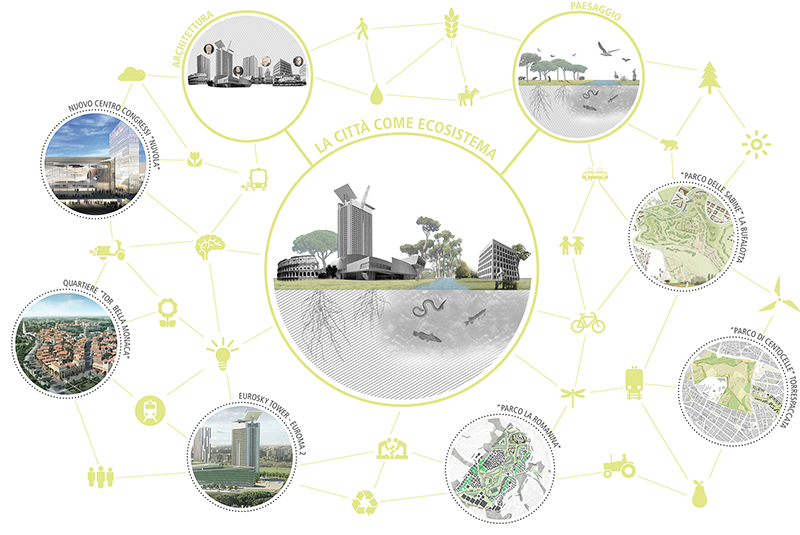